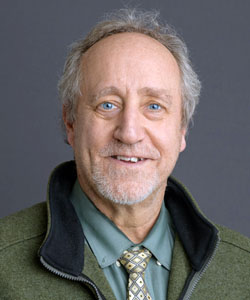 Doug Vincent-Lang spent his 34-year public service career at the Alaska Department of Fish and Game before accepting the position of commissioner in January 2019.

During his tenure at the Division of Sport Fish, Vincent-Lang worked on a number of high-level research and policy issues for the state. He evaluated habitat needs and instream flow requirements of fish while working on the feasibility assessment of the Susitna River Hydro-electric project. He was instrumental in integrating planning into the management of Alaska's recreational fisheries by leading an effort to develop and implement the first-ever strategic plan for the Division of Sport Fish.

In 2012 he was named Director of the Division of Wildlife where he managed Alaska's wildlife under the sustained yield principles and public trust doctrine principles. He led legislative wildlife issues on the state, national and international levels.

Vincent-Lang lives in Anchorage with his wife of 35 years. He has three children and is teaching his granddaughter to fish, hunt and enjoy Alaska's outdoors.

His priorities as Commissioner include: