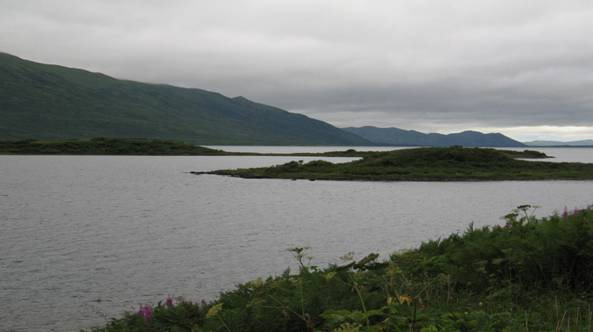 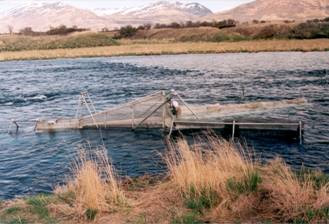 The Karluk system is one of the most extensively studied sockeye salmon nursery systems in Alaska, and records of its fisheries date back to the late 1800s. However, the abundance of sockeye salmon declined drastically between 1880 and 1960 and remains at about 10% of its abundance at the incurrence of commercial fishing (Koenings and Burkett 1987). Several alternative explanations have been given for the drastic decline, including long-term environmental changes, overfishing, and a decline in lake productivity. Management actions such as increasing the escapement of adult fish into the lake have not restored historical run sizes.The Alaska Department of Fish and Game (ADF&G) has collected physical parameter and zooplankton data from Karluk Lake since 1981. Smolt outmigration was monitored from 1999 to 2006 and during several earlier projects. 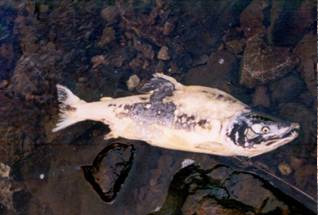 From 2003 to 2006 the ADF&G, in cooperation with the University of Alaska Fairbanks, conducted a comprehensive study of the role of marine-derived nutrients on lake productivity. In this project, Karluk Lake with an anadromous salmon run and Spiridon Lake, which has no access for spawning adult salmon, were compared with regard to productivity, chemical and physical parameters and isotopic composition of biota. With the stable isotope method researchers can determine whether the carbon and nitrogen atoms in the cells of an organism originate from a terrestrial or marine environment. When adult salmon return to a lake to spawn and die, their carcasses provide nutrients for the phytoplankton, and are by this route integrated into the food web of that lake. 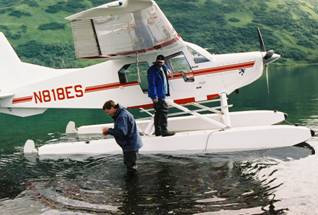 In this project, intensive limnology sampling in both lakes was combined with measurements of the phytoplankton growth rates. Samples were collected 8–9 times from May to October. Stable isotope analysis was conducted on phytoplankton, zooplankton and sockeye salmon smolt. 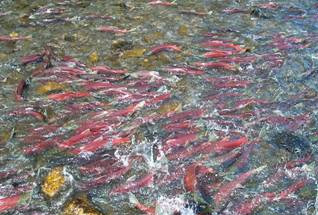 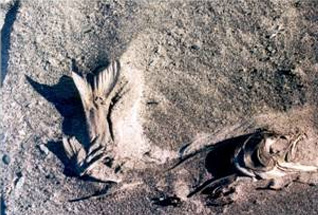 The beauty of dead fish.

Funding for this project was obtained from the Exxon Valdez Oil Spill Trustee Council as part of the Gulf Ecosystem Monitoring (GEM).