Tidepooling in Alaska
Collecting and Harvesting 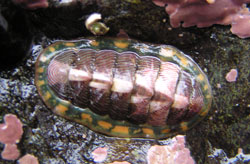 The Alaska Department of Fish and Game (ADF&G) sets seasons and size limits on food harvests of seaweeds and marine invertebrates classified as "shellfish," such as clams, crabs, snails, chitons, and octopus, and requires harvesters to obtain a Sport Fishing License. In addition, anyone who has a scientific or educational need to collect seaweed or marine invertebrates or fish can develop a study plan and apply to ADF&G for an Aquatic Resource Permit. Whether you are a teacher who wants animals for classroom study, a scientist conducting research, or a collector for an educational aquarium, you need this permit.

Here are some tips on collecting and subsistence gathering: 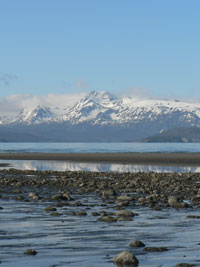