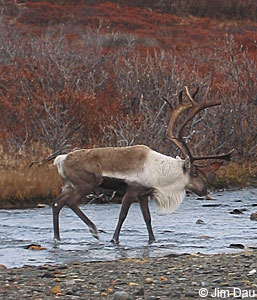 To start addressing the issues described in the Game Management Unit (GMU or Unit) 23 Hunter Orientation, the Alaska Department of Fish and Game (ADF&G) interviewed representatives of the different user groups in 2006. In May 2007, ADF&G met with key individuals and agencies to discuss convening a cooperative working group that would focus on hunting in Unit 23. Meeting attendees recommended setting up a working group to try to cooperatively resolve conflicts.

The Unit 23 Working Group formed in early 2008 to discuss issues related to fall hunting and to work toward developing solutions that all can support. The 20-member group includes representatives of regional and tribal governments and organizations, land and wildlife management agencies, the Big Game Commercial Services Board, the Alaska Professional Hunters Association (which include representatives from the hunting guide and transport industries), Fish and Game Advisory Committees, the Northwest Arctic Regional Advisory Council, and the Board of Game and Federal Subsistence Board.

The purpose of the group is to find solutions to hunting conflicts that will preserve the Inupiaq values of the region, including opportunities for local hunters to take caribou as needed, while also providing reasonable opportunities for non-local hunters to hunt caribou in the unit. The group makes advisory recommendations to the regulatory agencies and boards that manage hunting, land use and wildlife in Unit 23. The group works cooperatively to reach consensus decisions on what to recommend.

Public Process: The Unit 23 Working Group has met at least annually in Kotzebue from 2008 through 2016. Members of the group also traveled to Kiana, Noatak and Shungnak to meet with the Fish and Game Advisory Committees and public in those communities and with hunters from Ambler, Kobuk and Noorvik who came to join in the conversations. The Working Group has also heard from the public through comment sessions at the meetings, toll-free telephone call-ins, and through mail and email.

The Unit 23 Working Group expects to meet again in 2017 in Kotzebue. An additional teleconference may also be held in 2016. More information will be posted prior to the next meeting dates.