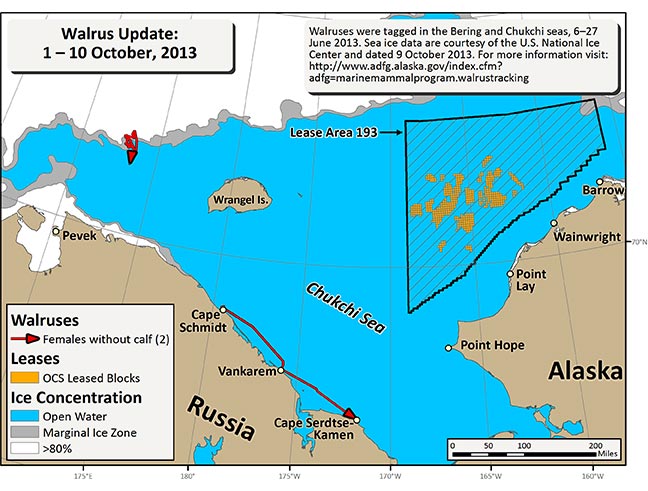 Over the last ten days we again received transmissions from 2 walruses, both females without calves and both are north of Russia. One of the females began the time period near Cape Schmidt, Russia, traveled south along the coast to a haulout near Vankarem, then continued south to Cape Serdtse–Kamen.