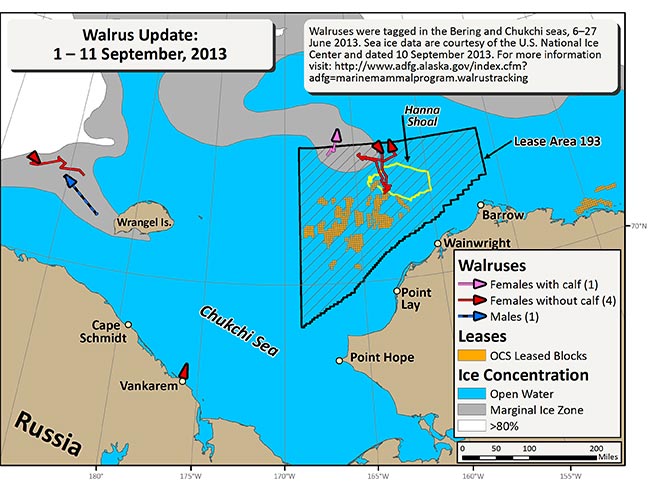 Over the last ten days we received transmissions from 6 walruses (1 male and 5 female), one more than last week. One transmitter, on a females without a calve, did not send a location from August 24 through September 5 likely because the walrus was swimming and the transmitter could not up-link with the satellites. During this time it traveled from south of Wrangel Island to Vankarem on the coast of Chukotka, Russia. Due to cloudy weather we plotted the walrus tracks over sea ice concentration data available from the National Ice Center (http://www.natice.noaa.gov/).