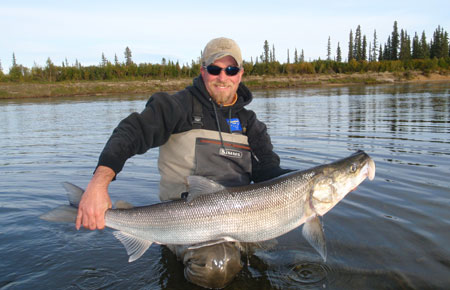 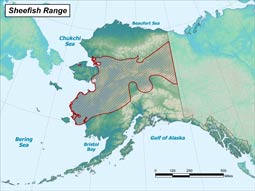 Sheefish may migrate long distances over the course of a year, but will spawn in relatively small and specific locations. For example, in the approximately 775 kilometer-long (724 mile-long) Kuskokwim River drainage sheefish spawn in only four areas; the largest of which is about 24 kilometers (15 miles) long. So far, sheefish have been found to spawn in 6 locations throughout the Alaska portion of the Yukon River.