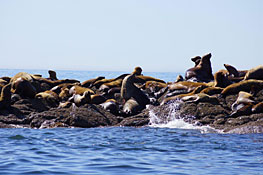 Sea Lion O35 in a group of other Steller sea lions on the West Rock haul out near the Canadian border about 40 miles south of Ketchikan on July 13. 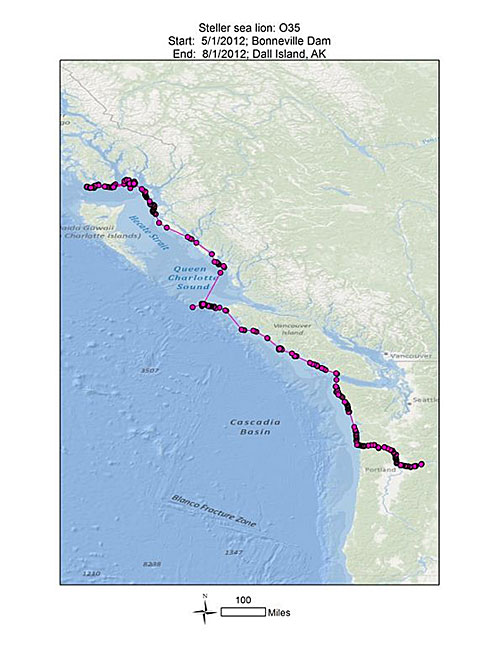 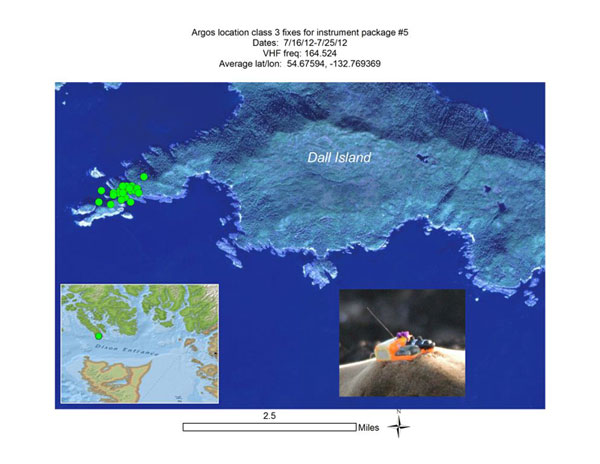 The "tag" is an array of instruments glued to the hair on a sea lion. The photo shows the GPS fixes on the tag, and the map shows the location on the tip of Dall Island.