Play by the Rules

By Lee and Will Leschper 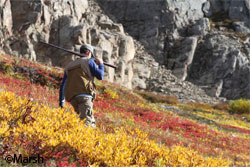 Editor’s Note: Father and son Lee R. Leschper and William J. Leschper were charged with hunting violations in December of 2011. Lee was charged and pleaded guilty in January for one count of taking game from a motor driven boat, a class ‘A’ misdemeanor. Judge Thomas Nave sentenced him to pay a fine of $5,000 with $2,000 suspended; 20 days of suspended jail time; to write a story for the Department of Fish & Game; to forfeit the hide; and revoked his hunting license for one year. He was also placed on unsupervised probation for 1,095 days. William was charged and pleaded guilty in January to a non-criminal violation related to hunting seasons and bag limits for black bear units.

The pair were among at least nine people charged or convicted with alleged poaching activities in connection with longtime Juneau charter boat operator and fishing guide Michael P. Duby, the owner and operator of FishHunter Charters in Juneau.

The Leschpers submitted the following article as a condition of the sentence.

The rewards are equally vast.

Given the isolation and sheer size of Alaska, sportsmen and sportswomen here are often on their own to ensure they are hunting or fishing by the rules, sticking to regulations that can be complex. Geographic specific. Time restrictive. And unforgiving. A hunter can be in an area where it’s perfectly legal to hunt, but within sight or a short walk of an area where it is illegal to hunt. And without GPS or satellite signal many places there is not a quick technological answer.

Ultimately, the responsibility remains in the hunter or fisherman’s hands. To pick the right target, be it game fish or game animal. And to be prepared to just say no, to walk away from the tempting trophy of a lifetime and end a dream trip empty handed. That is really the essence of ethical hunting—choosing not just when to shoot, but when to pass a shot. Or when to release a not-legal fish, even if no one is watching.

Aldo Leopold, the father of American conservation, wrote more than 60 years ago: “A peculiar virtue in wildlife ethics is that the hunter ordinarily has no gallery to applaud or disapprove of his conduct. Whatever his acts, they are dictated by his own conscience, rather than that of onlookers. It is difficult to exaggerate the importance of this fact.”

Ethical sportsmen everywhere, including Alaska, understand, embrace and celebrate this responsibility. We are honorable, honest outdoorsmen, aware of the example we’re setting for friends and family.

For most, that’s enough. For those who might be tempted anyway, there’s another consideration—the substantial penalties for failing to do the right thing.

A generation ago, game violations were considered something minor almost everywhere in the United State. No longer. Today the penalties are real and can be truly staggering. Visiting sportsmen to Alaska also face a unique risk. By taking any illegally-harvested fish or game animal home to the Lower 48 from Alaska, they become liable to violations of the Federal Lacey Act.

A visiting hunter who even from ignorance breaks a game law and takes illegal game home could be facing years of federal jail time and huge fines, loss of a hard-won trophy animal, favorite equipment, vehicles, even boats, and often the right to hunt or fish. That extends beyond Alaska. Today most states are members of the Interstate Wildlife Violator Compact, in which all member states honor verdicts against game violators in any of the other states. So a visiting sportsman from any of these states (44 today, which means virtually all with hunting seasons), who runs afoul of Alaska regulations, can lose the right to hunt or fish not just in Alaska, but almost anywhere in the United States.

Alaska sportsmen, both residents and non-residents, have to either become instant experts on Alaska regulations and geography or trust their hosts, either friends or more often paid guides. But if their companion or guide steers them wrong, the hunter is still liable. That also means if a guide is willing to cut some corners to get the visiting hunter game or fish and earn a big tip, the hunter is still liable. For those planning a hunting or fishing trip to Alaska, it is critical to check the record and references of guides. 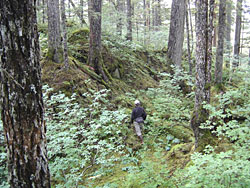 Learning and sticking by the letter of regulations, out of self-defense, is equally critical. Visiting sportsmen should read the Alaska regulations online religiously not just before coming to the state but before purchasing a license or booking a trip, whether solo or with an outfitter.

According to the Alaska Department of Fish and Game, common violations of Alaska hunting regulations include:

Not long ago we were having a burger with a world-famous hunting writer, who has traveled and hunted the world, including Alaska. He was reflecting on an upcoming guided bear hunt to Southeast Alaska with his wife, and why they’ll only hunt with a guide.

"Alaska has some tremendous self-guided hunting opportunities for the average hunter," he reflected. But because a visiting hunter can often stray across unit boundaries, the chance of breaking a law without even knowing it, he added. "The risks are just too high."

This is sobering testimony from a hunter who’s faced down charging elephants and chased sheep through the Himalayas.

Sportsmen and women must also understand the subtle differences between legal and illegal in some Alaska regulations. For example the hugely popular sockeye salmon fishery on Alaska rivers like the Kenai is based on snagging the great salmon. But it is only legal if the fish is snagged in the mouth. Snagging the same fish in the tail, back or side is not legal. And when waves of fish are flooding the river, snagging fish is almost impossible to avoid. For anglers who haven’t learned the art of the “flip,” it may be the only way they hook a fish. It’s understandable for an angler who has waited all year, or even many years, for the chance to catch these fish makes it’s especially tempting to retain some that are snagged. Game officials are often watching these fisheries from a distance, ready to cite anglers for snagging salmon.

Alaska is a rich and wonderful playground for hunters and fishermen, full of rewards and some risk.

Risk and reward are very personal things. Stalking a huge bear along a grassy beach can be risky. That experience, as whales cruise by just off shore and eagles scream overhead, is an experience like few in life. As is watching a snow white ram or a mountain goat perched atop a mountain few people have ever seen. Or bringing to gaff a halibut big as a barn door or a salmon fat as a yearling hog.

Make the most of the experience. Stick to the rules.

Lee Leschper and Will Leschper are award-winning outdoor writers. Lee lives in Anchorage, Alaska. Will lives in Corpus Christi, Texas.