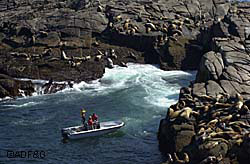 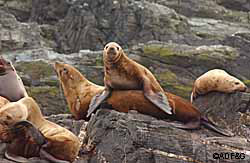 A juvenile Steller sea lion on his mom. ADF&G