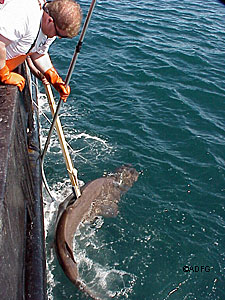 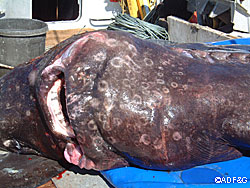 The specialized lips of the sleeper sharks enable the predators to inhale their prey; their bottom teeth slice up anything too large to swallow whole. The round scars on this shark are from the suckers on octopus tentacles. 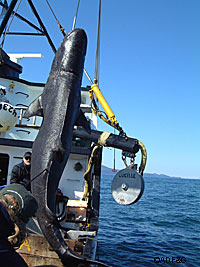 A sleeper shark is brought aboard so the contents of its stomach can be examined, providing valuable insights into the sharks' diet.