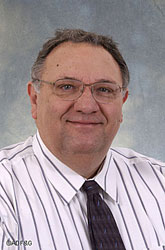 I would like to take this opportunity to share with you the perspective and knowledge that I’ve gained working for the Alaska Department of Fish and Game (ADF&G) for over twenty years. Before I begin, I should note that:

1) Alaska’s wolf population is thriving at an estimated 7,700 to 11,200 wolves. Wolves have never been threatened or endangered in Alaska. All department wildlife management programs, including control programs, are planned to sustain wolves and other wildlife populations into the future.
2) Alaskans are more dependent on wild foods than any other state in the nation. We rely on healthy ungulate (moose, caribou, or deer) populations to sustain families. In several remote communities, hunting is an important cultural tradition and the only feasible way to provide food for families.

Through research and experience, we have learned that ungulate populations affected by significant declines usually cannot be sufficiently restored without first reducing predator numbers. Wolves and bears are very effective and efficient predators. In some areas, they kill more than 80 percent of the moose and caribou that die during an average year, while humans kill less than 10 percent. Hunting and trapping by themselves rarely reduce wolf numbers enough to allow a prey population to recover.

State law requires the Board of Game to implement measures to reduce predation in areas where moose or caribou hunting is a high priority to supply harvest for human consumption, and where predators have been identified by department biologists as a limiting factor in preventing depleted ungulate populations from increasing. Predator control is implemented only after management actions such as reductions of hunting pressure on ungulates and liberalized hunting and trapping of predators have failed to sufficiently increase prey populations.

Last year, with our Governor’s support, the department initiated predator management efforts, after a decade of preparation in combination with the Board of Game. Today, we have four wolf control programs underway in Alaska, with a fifth due to begin soon. Together the programs occur on only 6% of Alaska’s land and are designed to reduce wolf numbers in a selective and effective manner. The programs are carried out as safely and humanely as practical. Alaska residents committed to rebuilding moose and caribou populations are deployed under a closely controlled state permit system allowing same-day airborne methods to take wolves.

By maintaining predator management programs over time, Alaska’s ungulate populations can rebound. Once control program goals are met, local hunting and trapping of wolves will be used to help regulate wolf populations and help sustain abundant prey populations that benefit not only people, but other wildlife, including predators.

In closing, I would like to offer ADF&G as a resource for information related to wolf management. If you are interested in these programs, I encourage you to research the facts and seek balanced information. Please do not rely on headlines or campaigns designed to sensationalize wolf control issues. When seeking information, ADF&G is a good place to start. It is our job to know about this highly regarded and respected species, and to help develop and then implement management plans that sustain wolves and their prey into the future.