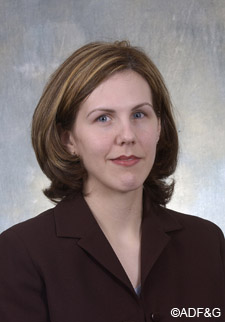 The Alaska Department of Fish and Game (ADF&G) wants to preserve and enhance such opportunities for residents and non-residents alike, but is unable to do so at current funding levels. ADF&G’s Division of Wildlife Conservation and Division of Sport Fish receive little, if any, financial support from state coffers. Both divisions rely upon federal monies and revenues from license fees as primary funding sources.

Resident and non-resident hunting/trapping license and tag fees have not increased in over a decade. Inflation over this time, combined with reduced income from state coffers (the division no longer receives support from the state general fund), new and expanded public services, and intensive management programs have left the Division of Wildlife Conservation with a $2 million budget shortfall in fiscal year 2005. As a result, the division has stopped filling vacant positions and has been forced to curtail some population surveys necessary to justify maximum hunting and trapping opportunities. Without new revenues, current levels of hunting and trapping opportunity in the state of Alaska will decline.

Sport fishing opportunity is also at stake. The Division of Sport Fish operates two hatcheries that were built over 30 years ago. These aging facilities are losing their source of hot water in the near future. These hatcheries generate over $45 million a year for Alaska’s economy and reduce fishing pressure on Alaska’s wild stocks. However, given the deteriorating condition of these hatcheries, it makes little sense to invest money into the existing facilities. Therefore, the division proposes constructing two new hatcheries, but cannot afford to do so without new revenues.

To address these funding needs, ADF&G is proposing an increase in resident and non-resident hunting/trapping and sport fishing license and tag fees. Such an increase must be considered and passed by the Alaska Legislature. ADF&G hopes to work with the Legislature during the next legislative session, which begins in January 2005, to pass an acceptable increase that will generate enough funds to maintain and increase hunting, trapping and sport fishing opportunity in the State of Alaska.

ADF&G has identified a need for additional funding and has proposed a way to generate new revenues through a license and tag fee increase.

Please note that this is a draft proposal that can and will change during the legislative process. ADF&G welcomes your suggestions on how to generate new revenues and structure a license and tag fee increase proposal.