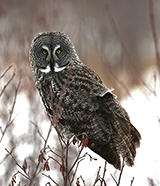 When I was growing up in rural Alaska, an unusual bird landed in a stand of dried pushky (cow parsnip) outside our window one day. It was larger than the typical Golden-crowned Sparrows and dusty colored with a black mask and orange blush.

My family had a 20-year-old book of Alaska birds and the bird seemed to match the grainy photo of a Northern Wheatear. It was with some veneration that my mother read from the book that the little bird had most likely flown here from Africa.

To play baseball you need a field. To practice or compete with a firearm, you need a locally accessible shooting range and state wildlife agencies, including the Alaska Department of Fish and Game (ADF&G), are stepping up to the plate and addressing this necessity.

The need for target shooting ranges has grown as the number of firearms owners increased over the past decade, nationwide, and participants are more diverse than ever. Recent research by Responsive Management in 2019 revealed ...   Fairbanks Range Article Continued