The Threatened, Endangered, and Diversity Program
Conducting Research so No Species is Left Behind

A summer day in an Interior Alaska wetland can be an insect-filled and overheated experience. The buzzing of flies and mosquitos is only occasionally broken by the loud, distinctive three-note call of a little gray bird, the Olive-sided Flycatcher. Despite being tough enough to migrate all the way to South America for the winter, research shows this species has declined by 78% in the last few decades. Little was known about the flycatcher’s migration, survival, or nesting success in Alaska, ...   TED Program Article Continued 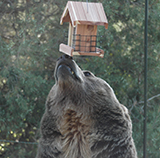 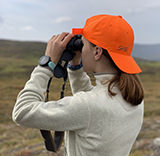 Alaska's Super Seven Big Game Raffle is a chance to win permits for some of the most sought-after hunts in Alaska.

The permits will be awarded for the Fall 2021 / Spring 2022 hunting season. The cost is $20 per ticket, or seven tickets for $100, or 40 tickets for $500. A single ticket provides a chance for one hunt (one species). Multiple tickets may be purchased, there is no limit, and they may be entered all in one hunt or in a combination of hunts. An individual may win more than ...   Big Game Raffle Article Continued