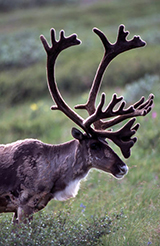 Do you ever feel like your voice, one voice, is just too small to make a difference in this politically charged and popular opinion driven world? I don’t think you’d be alone in saying yes; I know I have felt that way throughout my life. It’s hard to imagine straightforward ways to engage our political and regulatory processes these days enough to affect real impact or change. It’s easy to get down, kick the dirt, and throw up your arms in frustration and dissatisfaction. ...   Wildlife Management Article Continued 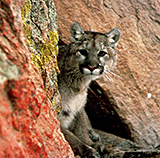 Did you hear there was another mountain lion sighting in Interior Alaska? Seeing a mountain lion in Alaska is almost like saying you saw a Yeti, but not as mythical because they have been here. It’s understandable that they could come into the state following mule deer as the deer expand their known ranges. Mountain lion sightings have been reported in Alaska as far north as Fort Yukon and at least as far back as the 1940s. Most records of sightings come from Southeast Alaska ...   Forensics for Fur Article Continued 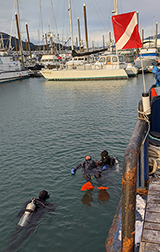 On three freezing days in mid-January, a half-dozen state divers jumped off the back deck of the state research vessel Medeia for training in Juneau’s Harris Harbor.

“For us, that’s looking at the ...   Ship Husbandry Article Continued