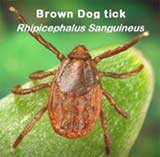 Kimberlee Beckmen, a wildlife veterinarian with the Alaska Department of Fish and Game, is working with state veterinarian Bob Gerlach and other researchers to study and monitor the ...   Watching for Ticks Article Continued

Before we answer, we should make it clear that bear safety is ...   Bear Safety Advice Article Continued

The man’s obituary in Alaska Magazine’s 1986 “End of the Trail” memorializes him as an “explorer, secret agent, world traveler, free-lance writer, and film maker.” Luckily, he was also an ADF&G employee from 1955 until his retirement in 1974 at age 73. The man was Amos Burg - and he made some great films during his time at ADF&G, which you can now watch at your leisure via the ADF&G Vimeo channel. (You can search on Burg Alaska) If you like historic ...   Amos Burg Article Continued

The Alaska Department of Fish and Game recently produced an identification/hunting guide for Dall sheep hunters. Dall Sheep Hunting, Full-Curl Identification Guide (2017) should be available at area ADF&G offices during the first week of August. Call or email any area office to receive a copy of the guide by mail. View the guide online on the Dall Sheep Hunting pages of the ADF&G website.