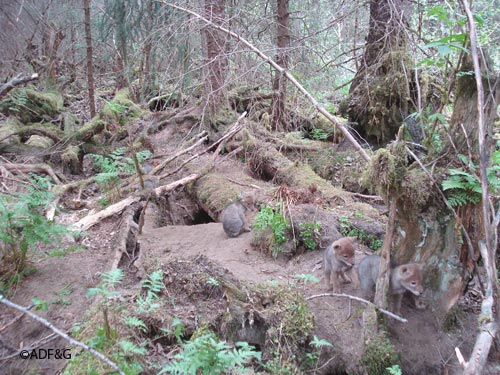 ADF&G Wildlife Technician Jeff Jemison is an experienced photographer and videographer working on several camera trapping projects, including Diana Raper’s project. Some of these images were taken on the Gustavus Forelands, others in Berners Bay.