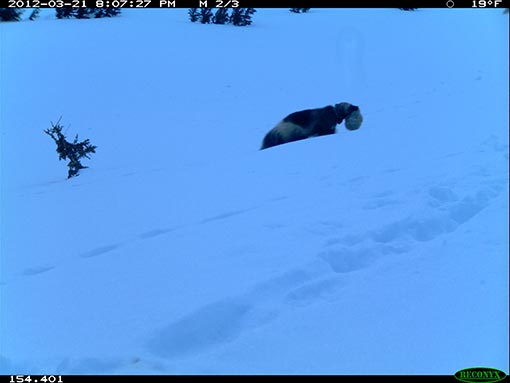 A trail camera image of a female wolverine moving her kit to a new den. The following two images, taken at night with infra-red, show the same female with the kit in her mouth approaching the entrance to a den.

An assortment of wolverine images taken by remote, motion triggered trail cameras. Researchers place cameras near live traps to help them improve trapping techniques and to document animals that approach the trap but don’t trigger it. The images of a wolverine eating oystercatcher eggs are taken from a short video produced by oystercatcher researchers with USFS and Oregon State University.