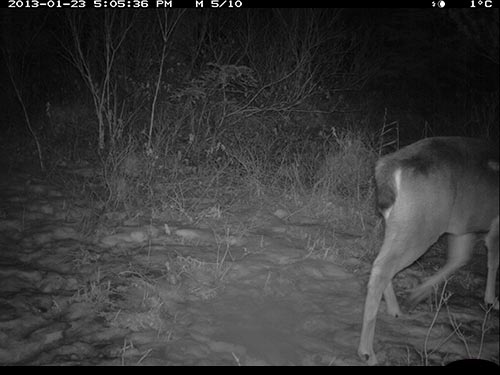 Jan. 23, 5 pm, different location, Black-tailed deer crosses in front of camera, has an odd white spot or patch on ride side.

In December 2012, Olivia Fletcher of Juneau began a science fair project looking at red squirrel habitat use and preferences. Two USFWS scientists helped mentor her work, and provided a remote, motion-triggered trail camera for the study. While she did get some pictures of squirrels, she captured some surprising images of wolves in the forest adjacent to downtown Juneau. The infra-red flash renders the images in black and white.