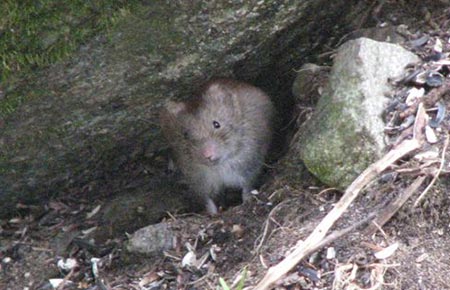 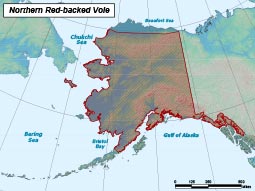 Voles do not hibernate, and are active year round.

Voles are rodents that have fuzzy coats and short tails. They mainly live in and eat grass. They are scientifically distinguished from other Alaska mice by having the grinding surfaces of the molars flat-crowned with an enamel pattern composed of alternating triangles. Seven species of voles occur in Alaska.

There are two genera of voles in Alaska within the family Muridae. The red-backed voles have a grayish pelage on their undersides and reddish or rusty-colored backs. These rodents are small, weighing 6–42 grams, and ranging from 130–158 mm in length.

Northern red-backed voles can breed up to four times per year. Young are born May-September and probably average two litters per year. Litter sizes are between four to nine, and average about six. About 20 percent of females from the first litter breed during the summer of their birth; the remaining 80 percent and later litters breed the following May. Gestation is 17–19 days. Young are weaned in 12–17 days and are mature in two to four months. Little is known about their reproduction strategy in the wild, but voles have displayed a polygynous mating system in captivity.

Red-backed voles are omnivorous and will eat grass, seeds, fruit, lichens, fungi, insects and meat. If a vole is caught in a trap, others will feed upon the trapped vole. Both the Microtus and red-backed voles form the base of the food chain for many animals in Alaska. They are the staple foods of weasels, marten, foxes, coyotes, all owls, most hawks, inland breeding gulls, jaegers, and occasionally great blue herons, domestic cats, northern pike, and other voles.

This is one of Alaska’s most ubiquitous and common species, occurring extensively throughout most of the state. They are found throughout the Arctic Slope but are especially common in the Brooks Range and along the sides of major river valleys. They occur on the mainland, range from the Malaspina Glacier at least as far north as Norton Sound on the Bering Sea coast and northward to Barrow. They occur extensively throughout central Alaska and the Alaska Peninsula. They are found on Unimak and St. Lawrence Islands, but are absent from Kodiak and Nunivak Islands. In southeast, they occur along the northern mainland east and south of LeConte Bay.

The red-backed voles are mostly solitary or live in small family groups. They live in a variety of habitats from upland forests to grassy meadows. They do not build runways but will use those built by Microtus voles, if they live in the same area. Northern red-backed voles prefer dry tundra and alpine, as well as damp forest floor in northern spruce forests and taiga.

Statewide population is likely stable, but experiences fluctuations between and within years. For example, Irregular temporal fluctuations in populations were observed in Interior Alaska; densities in the Copper River Basin varied greatly between years.

Their greatest benefit to Alaskans is as the prey base for a vast number of predators which Alaskans enjoy viewing, trapping and using in other ways. 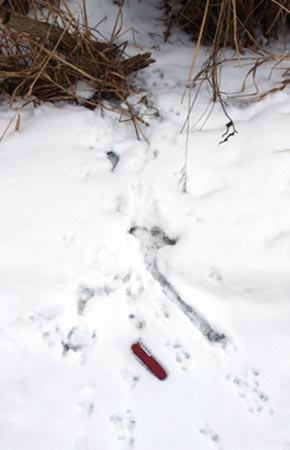