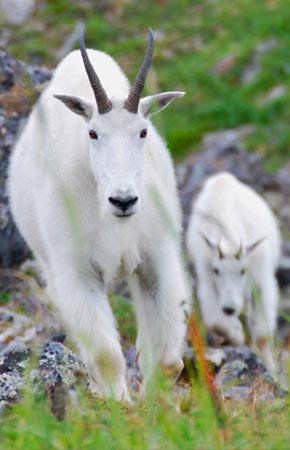 Figure 1. Adult female and yearling mountain goat in the mountains east of Berners Bay. Study results indicated that females do not give birth to kids until they are at least 4 years of age; offspring typically continue to associate with their mother until they are 1–3 years old.

Lynn Canal is a particularly rugged and spectacular glacially carved fiord located in southeastern Alaska between Juneau and Haines. Beginning in 2005, mountain goats have been studied on the eastern side of Lynn Canal in order to gather baseline information about population biology and habitat selection (in partnership with ADOT/PF and Coeur Alaska). The impetus for the study was related to plans for construction of a new highway (i.e. the Juneau Access project) and the development of the Kensington Mine. From a conservation perspective, the project has provided detailed information relevant for future planning of highway construction activities and monitoring of mountain goat populations adjacent to mining operations; the goal being to minimize disturbance and population-level effects on local mountain goat populations in order to sustain current mountain goat population management objectives.

The project is ongoing and has represented a significant research endeavor. Between 2005-2013, 168 mountain goats have been captured and marked with GPS radio-collars. In addition, animals have been intensively monitored to determine annual reproductive success and survival as well as to estimate population size and composition. GPS radio-collar location data has been integrated with remote sensing data in a geographic information systems (GIS) framework to develop statistically robust habitat selection models and detailed maps of critical summer and winter habitat. The models have also been combined with genetic data in order to predict how habitat characteristics influence gene flow across the landscape.

Overall, these research products have been particularly important to identifying areas of conservation concern and will help with prioritizing mitigative measures, to the extent feasible. The research efforts have also added substantially to our understanding of mountain goat reproduction and survival and provide key population biology information that is relevant to other populations in the region.

White, K. S. 2006. Seasonal and sex-specific variation in terrain use and movement patterns of mountain goats in southeastern Alaska. Proceedings of the Biennial Symposium of the Northern Wild Sheep and Goat Council, 15: 183-193. 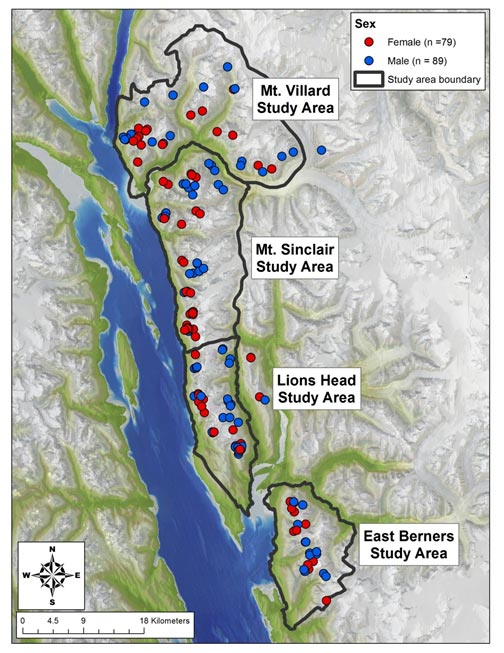 Figure 2. Map describing where mountain goats have been captured in the Lynn Canal study area (2005-2012). 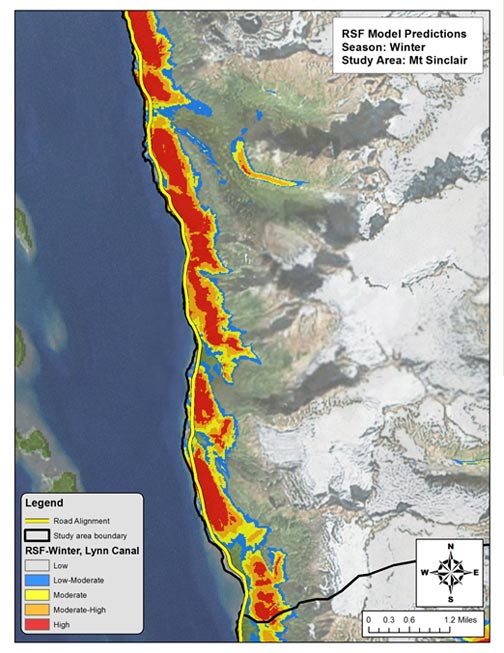 Figure 3. Map illustrating the juxtaposition of mountain goat winter habitat and the proposed Juneau Access highway in the Lynn Canal area, south of the Katzehin river. 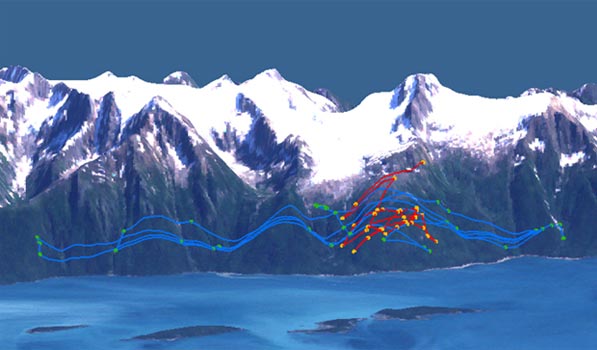 Figure 4. Map showing movement patterns during the breeding season (“rut”) of a GPS radio-collared male (blue lines) and female (red lines). Males move widely across the landscape during the rut in order to find receptive females. 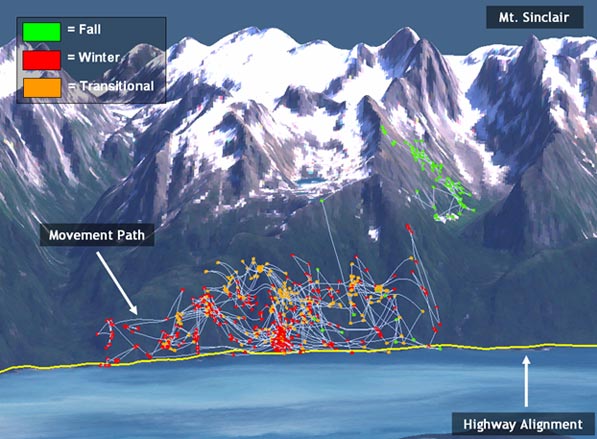 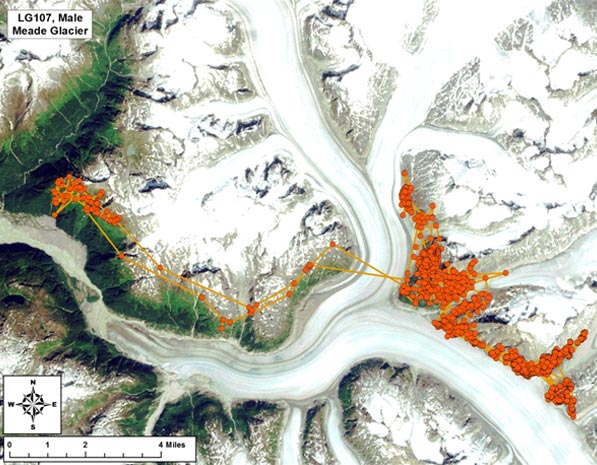 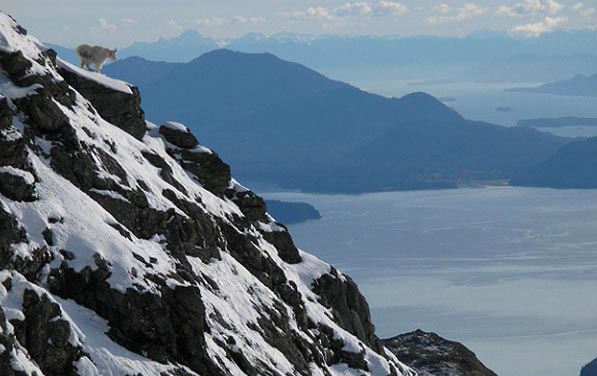