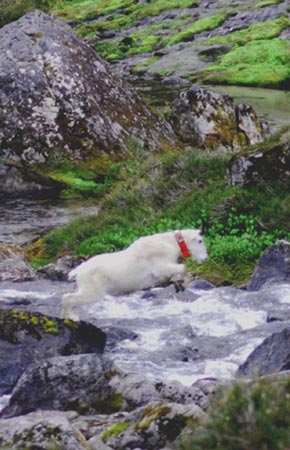 Population genetics is a powerful tool for understanding the biology of mountain goat populations. In 2006, the Alaska Department of Fish and Game began collaboration with Canadian population geneticist Aaron Shafer of the University of Alberta and University of Laval. The Alaska Department of Fish and Game furnished mountain goat DNA samples (i.e. small tissue samples collected during capture activities or submitted by hunters) and other biological data from throughout Alaska. In the lab, Aaron Shafer conducted detailed genetic analyses that ultimately lead to a wealth of information about mountain goat population structure, relatedness and the role of landscape characteristics in modulating movement among populations.

This research has revealed a strong degree of affinity to discrete ridge systems indicating that movement across low elevation habitats is extremely limited. For example, mountain goat populations on either side of Berners Bay (a distance of 3.5 miles) are genetically distinct. This occurs because mountain goats are habitat specialists and strongly select steep, rugged terrain and display a strong aversion of flat, open habitats: this is reflected in their genetic patterns. Additional findings revealed that the Haines area is one of two genetic diversity hotspots in North America (the other is located in the Canadian Rockies).

Overall, understanding the population genetic structure of mountain goats has important implications for management and conservations and will help explain why we see variation in mountain goat body size and horn morphology between different populations in Alaska; yet, more work remains to be done on this topic.

The Alaska Department of Fish and Game continues to request tissue samples from hunters throughout Alaska in order to continue this important research. In this regard, hunters play an important and much appreciated role in the continued success of this research project. Hunters can submit small tissue samples (the size of a pencil eraser) to their local ADF&G offices and such samples will be included in the statewide archive. 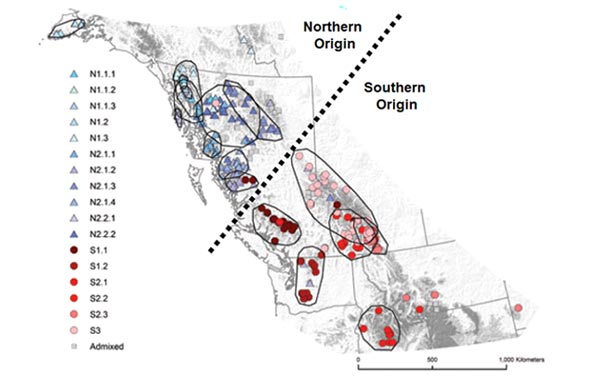 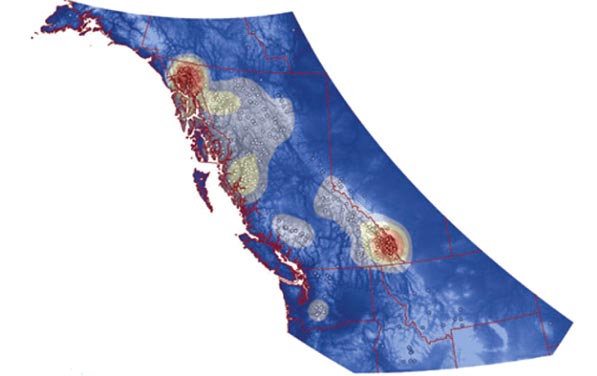 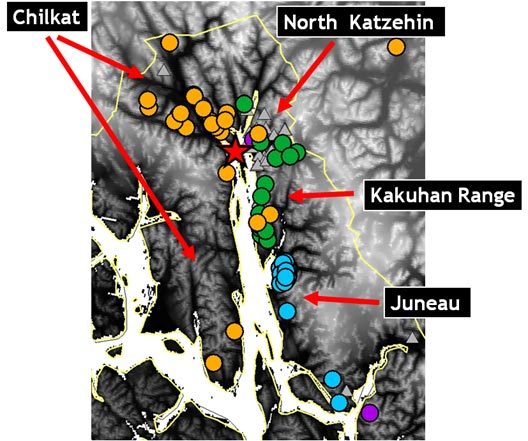 Figure 4. Map showing the location of mountain goat genetic samples collected in northern Southeast Alaska, near Lynn Canal. Samples are color coded based on distinct genetic groupings. In the area shown, 4 genetically distinct populations are described; each population is separated low elevation areas or marine waters (which tend to be barriers to mountain goat dispersal).