Beginning Friday, May 18, through Thursday, June 14, 2018, the king salmon regulations in Coffman Cove are as follows:

The Alaska Board of Fisheries authorized the department to use its emergency order authority to open terminal harvest areas to target surplus Alaska hatchery king salmon. The area opened by this emergency order will allow anglers to target Alaska hatchery-produced king salmon originating from the Port Saint Nicholas hatchery near Craig. The last release of king salmon in Coffman Cove occurred in 2016, as a result returning hatchery king salmon will be 4-year old fish. Broodstock are not collected at Coffman Cove providing a surplus of hatchery fish for harvest by sport anglers.

Anglers are reminded that until June 15, the salt waters outside of Coffman Cove Terminal Harvest Area are closed to king salmon retention. Therefore, anglers fishing in multiple areas for other species must be diligent to ensure they do not possess king salmon in areas that prohibit the retention of king salmon. On June 15, 2018 regionwide regulations will apply in these areas. 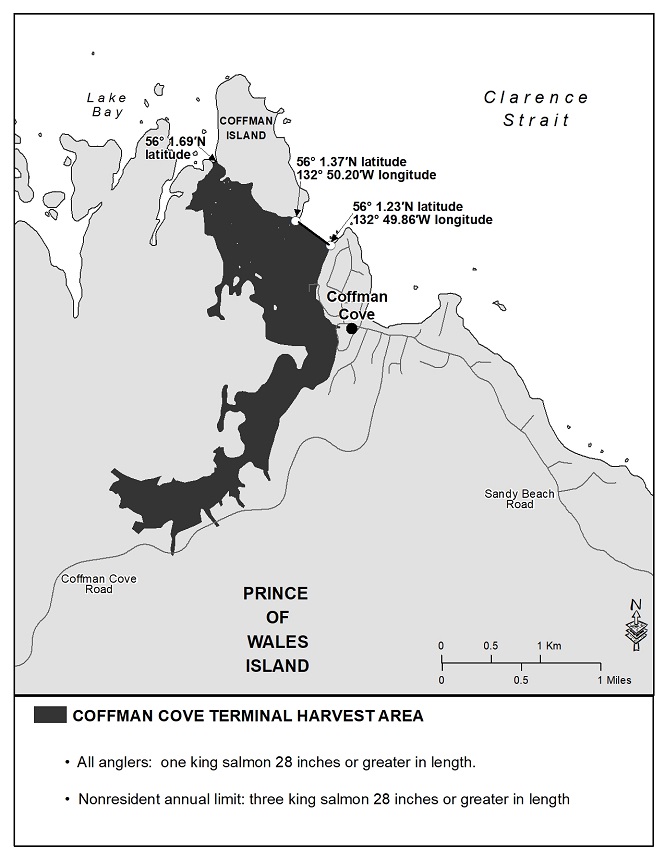