New materials published by the Division of Sport Fish aim to help saltwater anglers and charter operators conserve Alaska’s rich rockfish stocks by increasing the survival of fish caught incidentally and released. The department has dedicated a new Web page to proper deepwater rockfish release at http://www.adfg.alaska.gov/index.cfm?adfg=fishingSportFishingInfo.rockfishconservation and has prepared an updated version of the popular informational pamphlet “Angler’s Guide to the Rockfishes of Alaska,” available from Alaska Sea Grant in the near future.

About 45 percent of rockfish caught by anglers statewide are released, according to department estimates. Many of these fish are caught in relatively shallow water and can re-submerge, but those taken from deep water often cannot survive release. Rockfish caught in deep water often sustain injuries caused by rapid decompression and expansion of gases in the swim bladder. Fish that are released with inflated swim bladders cannot re-submerge and will die. The current effort follows completion of research by the department that suggests survival rates of up to 98 percent can be achieved when fish are released at the depth of capture.

The new Web page, entitled “Rockfish Conservation and Deepwater Release,” offers anglers quick and easy techniques and provides details on how to make and employ simple deepwater release tools. “The best way to prevent mortality in rockfish is to avoid unwanted catches altogether,” says Anchorage-based Fishery Biologist Sam Hochhalter. The new Web page also offers anglers tips and techniques on how to avoid catching rockfish while seeking other species, such as halibut and lingcod.

More than 30 rockfish species are found in the Gulf of Alaska, though fewer than 10 of these are commonly caught by recreational anglers, writes Homer-based Fishery Biologist and author Scott Meyer in the “Angler’s Guide to the Rockfishes of Alaska.” Some rockfish species can live well over 100 years, notes Meyer, however, these slow-growing, late-to-mature fish can be easily fished out.

Both biologists point to rockfish fisheries in California and Oregon that were depleted by overfishing. Alaska has an expanding recreational rockfish fishery, making proper fishing and deepwater release techniques important for sustaining the resource. 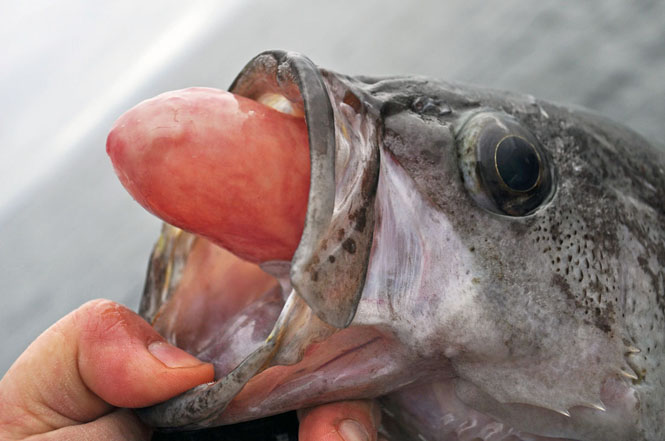